How To Study Effectively

Though spirituality is our first and foremost priority in Jamia – studying is still nonetheless very important.

Though spirituality is our first and foremost priority in Jamia – studying is still nonetheless very important. The Jama’at provides for seven years of our study so that we can gain knowledge and one day Insh’Allah, go out and impart this knowledge to the world for the sake of Tabligh. The Holy Prophet Muhammad saabbreviation for "Peace be upon him" says in a Hadith:

‘Seek knowledge, even if [it means you have to go] to China’.

And that’s for an ‘ordinary’ Muslim, in the general sense. Students of Jamia of course come under a further classification and thus, are burdened with the added responsibilities that come with the verse of the Holy Qur’an:

‘It is not possible for the believers to go forth all together. Why, then, does not a party from every section of them go forth that they may become well versed in religion, and that they may warn their people when they return to them, so that they may guard against evil?’

When you become a teacher of religion, not only do you have to learn the faith for the sake of your own knowledge and betterment, you must also learn it so- and in such a way- that you are then able to impart it to others.

Imparting knowledge effectively is key to doing it justice, while, on the other hand, failing to do so would be a grave miscarriage of justice. So clearly – the responsibilities laid upon our shoulders are significant! With the number of exams popping up in the Jamia calendar seemingly ever on the increase – here are some tips which should Insh’Allah be of use.

The Importance of Taqwa

This cannot be underestimated and is the kernel of success for a believer and perhaps even more so a missionary. God says in the Holy Qur’an:

‘And fear Allah, and He will teach you.’

Looking at the state of the Muslim world today, it has, without doubt, no shortage of knowledge. Many of their scholars have immense knowledge, huge financial resources and are part of massive and well-established international schools and institutions. But how much good has it actually done them? What practical effect or meaningful difference has that knowledge made? The Islamic world nowadays is sadly mired deep in the pit of widespread ignorance and sectarian strife, busy bickering over and often even coming to arms over small jurisprudential matters, while their stock and respect in the world fall lower and lower. They sadly lack the righteousness to humbly seek God and His guidance; had they done so, they would have been surely guided to the blessed Community that has never fallen prey to the trap of apparent scholarship, and, despite being learned, has always given the greatest priority to, and has never lost sight of the ultimate priority, which is taqwa.

Prophets were not known as the greatest scholars of their times. But they were invariably and unanimously heralded as paragons of unparalleled righteousness and moral integrity. As a result of which, of course, they were blessed with Prophethood – a gate to knowledge, they were selected for above all of their people.

If we make sure to prioritize worship, fearing God, and remembering Him when it comes to our studies – we attract the mercy and earn the aid of Allah. Without which, everything is impossible and with which, unmatchable blessings and success are attained. Trust in Allah means placing faith in Him and believing that He is the ultimate and only provider and is completely sufficient. Trust in Allah does, however, most certainly not mean a lack of application and effort, expecting everything to be done by God. The opposite end of the spectrum, completely neglecting God – the lone and sole ultimate cause of all and every success – and the effect of prayer has been firmly and repeatedly condemned by the Promised Messiah asabbreviation for "Peace be upon him" who explains it as being a form of shirk. Undue reliance on only one’s own abilities is as if to make oneself a partner with Allah, the one who bestowed those abilities in the first place.

So, it is important to remember that prayer always comes first and that all efforts are deprived of blessings and will fall short of their best possible outcome without being accompanied by prayer. Which is the essence of: ‘And fear Allah, and Allah will teach you.’

Therefore, clearly, both are required and must go hand in hand for success. So alongside striving to increase in Taqwa, ultimately, be it the institution Jamia or not, be the education religious or secular – there is no escaping the reality that, to learn you will have to hit the books. Quite hard. Enough to deconstruct, process, and then absorb what is written in them. Fortunately, there are a number of techniques and approaches you can use to make your time spent studying as efficient and effective as possible.

Writing things down is key. The Qur’an says:

“So remind, for reminding indeed benefits the believers.”

Naturally so, since it is normal to forget things, as the Arabic word for human, ‘insaan’, indicates. Coming from the root word ‘to forget’. Though some may be better at remembering things and multi-tasking than others, writing things down is nonetheless beneficial. Furthermore, it is not just for remembering things that writing them down is beneficial. Various scientific studies have indicated that, since our senses are the means by which we receive, process and store information – the more of them we use, the greater the likelihood and chances of success are of information retention. By noting things down while studying – using both the touch and sight senses as opposed to sight only – you are more likely to remember what you have studied. Also, an indicator as to the efficacy of writing things down is Huzoor’s abaabbreviation for "May Allah be his helper" instruction that we should make notes of his speeches and Friday sermons, as well as of the writings of the Promised Messiah asabbreviation for "Peace be upon him". It is thus without doubt an effective and fruitful practice.

The Prophet Muhammad saabbreviation for "Peace be upon him" says in a Hadith:

”Indeed Allah loves that which a believer is consistent upon, be it little”

As a general principle in life, it is better to do something regularly and in proportion to its size and relative importance, as opposed to all at once – provided it is something of a longer-term nature.

Thus, studying more regularly but in smaller amounts reduces stress on the brain, thus increasing the absorption and retention capacities of the brain. This also links in with the importance of taking breaks within study sessions. Though these may seem like wasted time as far as studying is concerned – in fact, they are well worth taking as they are effective at refreshing the mind. It is, of course, important to maintain self-discipline and not get distracted, however!

Consistency also includes long-term studying as opposed to cramming for exams. A valuable and very worthwhile approach is to study what is taught in lessons and read associated books throughout the term, in conjunction with what is taught in class. The main benefit is avoiding the pressure of having to face and tackle a massive, amassed workload when it comes to exam time.

This is especially true when it comes to studying. The same material can effectively be covered in a single session of several hours or can be broken up and divided. The reason why a longer-term approach favouring consistency is preferable is because of the practical constraints of the human attention span. With some estimates at 15–20 minutes and some closer to 45 minutes, what is universally accepted is the fact that human beings have quite a limited attention span when it comes to things that require undivided attention and proactive concentration like studying.

Asking teachers is also a very good idea. Teachers are appointed for Jamia first and foremost for the sake of our learning. Questions are also beneficial in that, for example, if asked in class, other people will be able to benefit – even if they may not have had the same exact question, they may indeed benefit from the teachers’ answer or associated explanations.

In Jamia of course, we study with the goal of achieving the love of God Almighty and learning for the sake of spreading the name of the Jama’at and the message of Islam. It is worth reminding yourself of this whenever possible to retain focus on why we are doing what we do – seven years is a long time. And in the established routine of Jamia and the scheduled day, it is sometimes easy to forget or under-appreciate the significance and importance of the task that lays ahead of us, which we are preparing for. Reminding ourselves of this is a great way to invigorate and motivate ourselves.

There are a whole host of techniques, tips, and approaches useful for studying and learning. But, without a doubt, none can be more important than being consistent and sincere in dua, as well as regularity in writing letters to Huzoor abaabbreviation for "May Allah be his helper", seeking his prayers and guidance.

May God the Almighty enable us all, to become successful students, and one day, missionaries, Ameen. 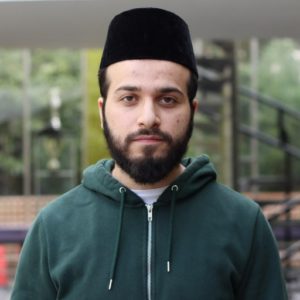 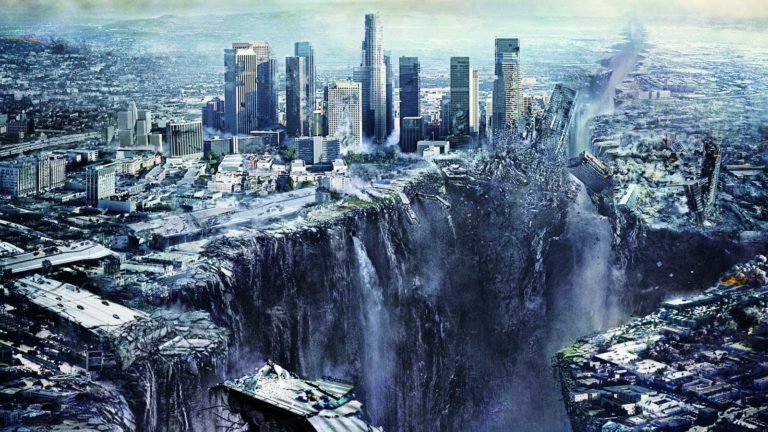 An age where civilisation had reached its pinnacle. A world which had isolated itself from faith, an earth which had become devoid of pure light, 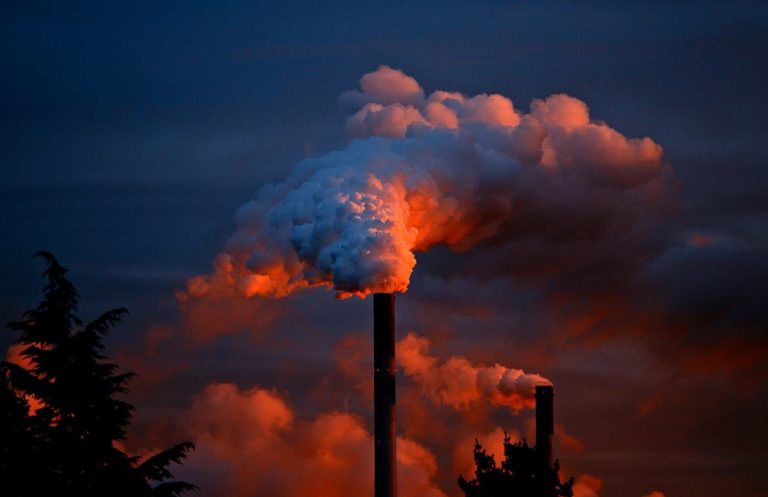 Many people of the world base their lives around chasing money, not thinking twice about the method they use to make money. But what does Islam say about making money with no effort, i.e. interest. 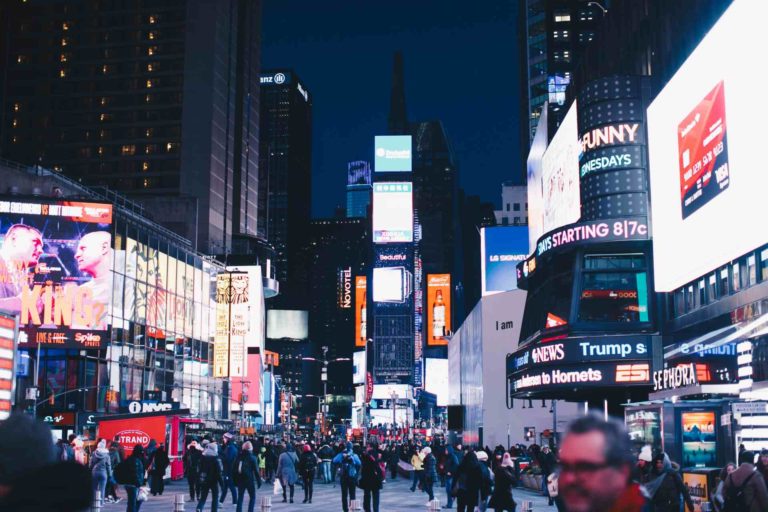 Humans have always desired to be social, from communicating via
pigeons to reaching the corners of the globe within milliseconds,
with each innovation leading to another, we never settle with what
we have.