Writer, mystic, sage and scholar, he was born in the year 1853 in a respected Sayed family in a village called Nasirpur.

The Promised Messiah asabbreviation for "Peace be upon him"

But who was this personality? Also what made him special from the rest of the followers of the Promised Messiah asabbreviation for "Peace be upon him"?

Writer, mystic, sage and scholar, he was born in the year 1853 in a respected Sayed family in a village called Nasirpur (previously Nasirnagar) a district of Comilla now in Bangladesh which was previously Tripura in India. His father Allama Sayed Abdul Gaffer Alias Haji Zoad Ullah was the 14th descendent of the famous Wali and Islamic preacher Hazrat Sayed Nasir Uddin of the 8th century AD.

It is known from history that the Kutubul Awlia Hazrat Shah Nasir Uddin came from Medina to this part of Bangladesh to preach Islam, some 250 years before Hazrat Shah Jalal.

Hazrat Shah Jalal is one of the most revered legendary Islamic heroes of Bangladesh and one of the key founding fathers of Islam in the country. He was a great saint and a mighty warrior. He, along with his disciples, made unique contributions in liberating the people of the Sylhet region both from the racial rule of the Hindu kings and the prejudices of paganism. His Mausoleum is situated in a village called Murarbando in the district of Sylhet another province in Bangladesh.

Sayed Nasir was the Pir (Saint) of the Ruler Hossain Shah. Hossain Shah granted him rent-free of the entire Kaltanshahi Pargona division of Maldah district that once belonged to feudal king Charonarayon. There, Sayed Shah Shiraj Uddin, son of Sayed Shah Nasir Uddin, married the daughter of Qazi Nuruddin. Hazrat Mawlana Syed Muhammad Abdul Wahed is the son of this honourable dynasty.

Mawlana Abdul Wahed was first educated at home by his father due to the meagre conditions in his village in Bangladesh. However because of the potential which was visible in his beloved son, soon after he was sent to travel to Kolkata India for further education and later to Lucknow for higher education. There he spent 10 years with the highly educated Guru Hazrat Mawlana Abdul Haye.

On his return to Bangladesh, Mawlana Abdul Wahed was appointed Imam and Khatib of the famous Jame Mosque in Brahmanbaria, which is still open and active till this day. He was later honoured with the Title “Qazi” and “Mufti’ for his excellence in religious and secular knowledge by the government administration in Bangladesh. In addition, he was also appointed as the Head Mawlana of Anando High School for many years. As Mawlana Abdul Wahed steadily increased in age he also started gaining thousands of followers due to his vast knowledge of The Holy Quran, Hadith and languages such as Arabic, Persian and of course Bengali. His name was well known throughout Bangladesh. Many people started to discuss his distinction and because of this the local people gave him the title of “Baro (great) Mawlana”.

In 1902 Brahmonbaria’s famous Lawyer Dawlat Khan received a letter from the well-known Hakim (doctor) Muhammad Hossain Qureshi of Lahore, which was regarding a medicine (Mufarrahe Ambari). In the letter, there was also news of the advent and claims of the Imam Mahdi. At first, Dawlat Khan ignored the extra news however, Abdul Wahed became very curious so he requested to see the letter.

After pondering over what was written, about the advent of the Imam Mahdi, he decided to begin his research upon this matter in detail. He began purchasing many books and magazines by post and studied them all with utmost devotion. During this time from 1902 to 1908, Abdul Wahed had communicated with Hazrat Mirza Ghulam Ahmad asabbreviation for "Peace be upon him" who had claimed to be the Imam Mahdi by the means of letters (a reference to some of these letters can be found in the fifth volume of “Barahin-e-Ahmadiyyah”).

It is also said that whilst discussing with these scholars he also held debates with them and came out victorious every time, yet he was never truly satisfied. He finally arrived in Qadian in 1912. There he had sessions and discussions with well-known scholars of the time.

Unfortunately, once he had arrived at Qadian he had received news that Mirza Ghulam Ahmad asabbreviation for "Peace be upon him" had passed away. He was very much grieved by this news but he had decided to stay in Qadian for a few months.

An incident that occurred after a few weeks upon his return had shaken the minds of many. A respected scholar, an old friend of Abdul Wahed was informed about the news. He was immediately filled with rage and decided he would go visit Abdul Wahed himself. Many people say he had actually made the intention of physically beating Abdul Wahed. A large group had gathered near his home.

Once the well-known scholar reached his home, Abdul Wahed heard the commotion which was taking place. Therefore he decided to come out of his home and kindly request his old friend if he would come into his house and calmly discuss the matters. The two had entered Abdul Wahed’s home but as soon as the respected scholar set foot inside he suddenly fell on his knees and tears began to flow from his eyes and he started asking for forgiveness from Abdul Wahed. What he had seen was the photo of Hazrat Mirza Ghulam Ahmad asabbreviation for "Peace be upon him" and immediately he began to narrate his dreams where he saw the same face and where he had also been told many times about the truth of this blessed man. The scholar accepted Abdul Wahed’s new belief and took the Bai’at at his hand.

As he was the Chief Imam of Brahmanbaria Central Jami’ Mosque and Head Mawlana of local Annada High School, he called people to accept the Imam Mahdi asabbreviation for "Peace be upon him" and announced that he is going to take Bai’at of people on behalf of Khalifatul Masih on 25 November 1912. This created a mixed reaction among the people and a good number of his followers (as he was also a Pir) accepted Ahmadiyyat on that day, at the same time many people opposed him. Within a short period of time, a large number of the population of Brahmanbaria and surrounding villages accepted Ahmadiyyat.

When the Ahmadiyya Muslim Community established itself in Bangladesh, persecution against Ahmadis began. Other Muslim groups would rebuke and even beat Ahmadis whenever they got the chance. Ahmadis never retaliated, be it with their hands or mouths. They remained patient in these situations. In 1963, two Ahmadis were martyred in Brahmanbaria. In 1992 the Ahmadiyya Headquarters in Dhaka were attacked by the ‘mullahs,’ and a number of copies of The Holy Quran & other books were burnt. In 1999 a bomb blast in the Ahmadiyya mosque caused the martyrdom of 7 Ahmadis. On 29 October 2003 an Ahmadi Imam named Shah Alam in Roghunathpurbak village in Jhikargachha Upazila of Jessore was martyred. In 2004 the Islamic bigots under the banner of the International Khatme Nabuwwat Movement (IKNM) besieged several Ahmadiyya mosques nationwide. On 17th June 2010, an angry mob vandalised an Ahmadiyya mosque and the house of an Ahmadi at Ghatail Upazila in Tangail.

Though the process of Bai’at began on 25 November 1912, the institution of the Jama’at was established in 1913. In 1913, Hazrat Khalifatul Masih I raabbreviation for "May Allah be pleased with him/her/them" sent Hazrat Dr Mufti Muhammad Sadiq raabbreviation for "May Allah be pleased with him/her/them", the great companion of The Promised Messiah asabbreviation for "Peace be upon him" to Brahmanbaria to establish a Jama’at. Hazrat Mufti sahib came and formed the Jama’at (Nizam-e-Jama’at) and appointed Hazrat Syed Abdul Wahed sahib as the first President and Janab Dawlat Khan Munshi sahib as General Secretary of Anjuman-e-Ahmadiyya, Brahmanbaria. This is how the Jama’at in Bangladesh started its journey. Later in 1916, an Anjuman for the entire Bengal was established and Hazrat Syed Abdul Wahed Sahib was made the first Ameer of all Bengal Jama’at.

Abdul Wahed could not take Bai’at during the lifetime of The Promised Messiah asabbreviation for "Peace be upon him". But he continued extensive study on Ahmadiyyat. He was also communicating with other contemporary Muslim scholars/ulamas who were mostly anti-Ahmadiyyat. He also met some of these scholars on his way to Qadian. Finally, fully satisfied he reached Qadian, and as mentioned before took Bai’at on 8th November 1912 at the hands of the first Khalifa, Hazrat Hakim Maulwi Nuruddin raabbreviation for "May Allah be pleased with him/her/them".

Three more persons from Bangladesh who accompanied Hazrat Mawlana sahib also accepted Ahmadiyyat at that time. They were: Qari Delwar Ali sahib, Janab Emdad Ali Chowdhury sahib and Janab Dhonu Munshi sahib. All of them also belonged to the Brahmanbaria area. After staying for a few days in Qadian, Mawlana sahib returned to Brahmanbaria and started taking Bay’at on 25 November 1912. May Allah reward them all with His choicest blessings and raise their status in Heaven, Ameen. 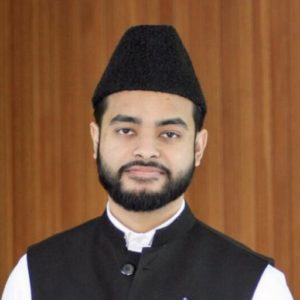 PrevPreviousEvolution
NextThe Effect of the Industrial Revolution on British SocietyNext 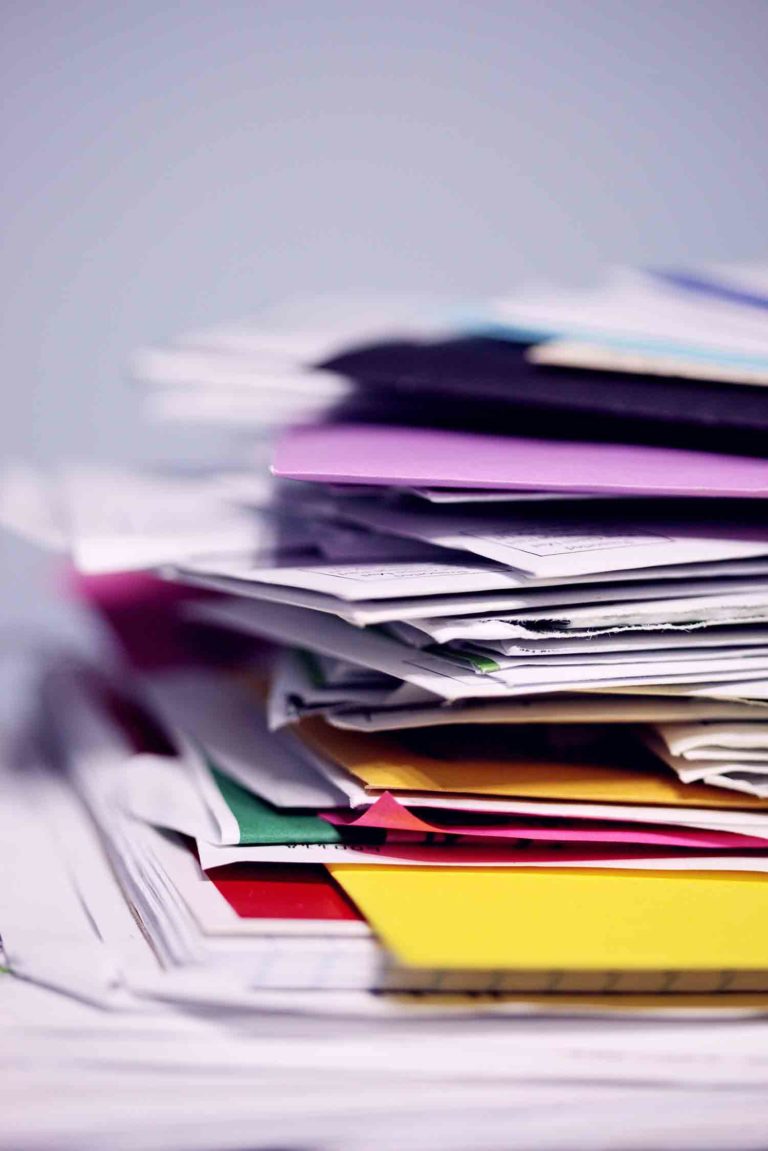 You may know it as the student’s curse or the thief of time, but the fact of the matter is that 95% of us have been guilty of it 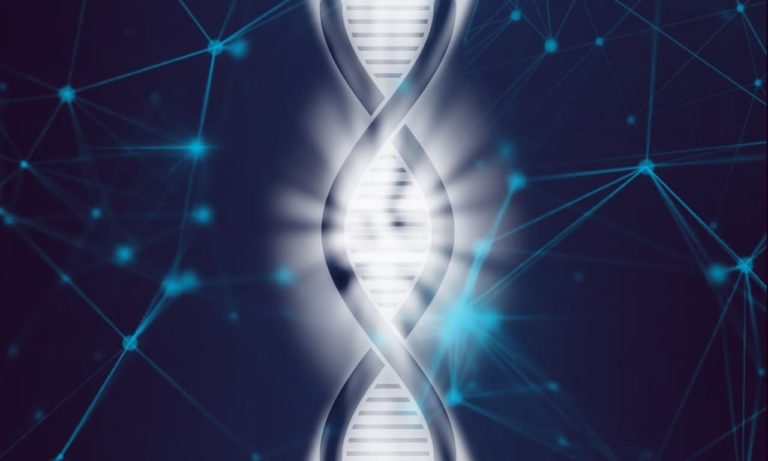 It is quite astonishing that a lot of the discoveries made by scientists now, have already been mentioned 1400 years ago in the Holy Quran. 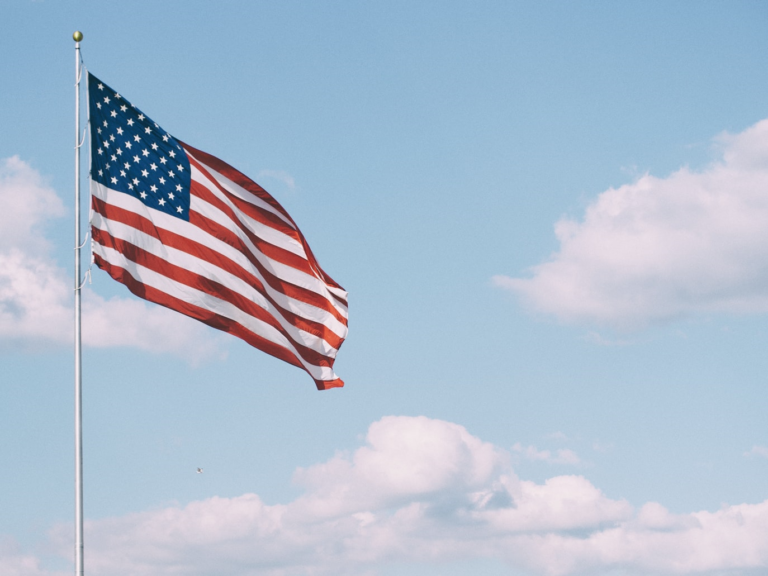