Mountains in the Perspective of World Religions

Since time immemorial, mountains have fascinated human kind in all parts of the globe. World religions have mentioned mountains in their scriptures.

“And certainly, We bestowed grace upon David from Ourselves: ‘O ye mountains, repeat the praises of Allah with him…”

Looking at this verse, I invite you, the open-minded reader, to ponder over the meaning behind their words. Any reasonable-minded person will appreciate the fact that such imagery needs to be understood through delicate research and (as with any Qur’anic verse) with prayers. Alas, it is painful to see “scholars” produce no shortage of far-fetched theories depicting the mountains physically echoing praise to the Prophet David asabbreviation for "Peace be upon him".

Reading the commentary of the Holy Qur’an, the entire narrative with its elegant wording seems to fit in place and make sense.

The word “Jabalun” (mountain) through its meaning as an elevated rock unveils its meaning as the chief of a people. As a result, “Jibaal” (mountains) signifies a group of respected and learned men. Continued in the second verse, the use of the term “mountains” may be used to signify the savage mountain tribes who submitted to Hadhrat David asabbreviation for "Peace be upon him". Here, David asabbreviation for "Peace be upon him" has been portrayed as a great pacifier of the barbaric tribes.

Since time immemorial, mountains have fascinated human mankind in all parts of the globe. World religions have mentioned mountains in their scriptures. From the Ancient Greeks, who saw Mount Olympus as the sacred home of their gods and featured it widely in their mythology, to Gomorrah, the mountain where Joseph Mormon is said to have found a set of golden tablets.

The text of which would go on to form the Book of Mormon. Humanmankind has held and continues to hold mountains of the earth in high esteem. The birth of mountains is in itself a source of fascination and marvel for mankind

Earthquakes are caused by tectonic plates scraping against each other. As magma seeps through their boundaries, this monumental chain of geological events culminates in the creation of mountains and volcanoes.

As tectonic plates move towards each other, they force the earth’s crust upwards. This process can happen either in an instant, such as the Ninety East Ridge – which caused the devastating 2004 Indian Ocean tsunami – or over thousands of years, such as the Himalayan mountains.

Mountains have become a source of profound benefit for humankind, becoming home to approximately one-tenth of the world’s population. Most of the longest surviving towns and cities have been situated on hilltops, as it is easier to fend off armies from a higher vantage point. They are a source of water, as water streams down as the snow melts. More than half of the world’s fresh water originates in mountains, and all the world’s major rivers are fed from mountain sources

Given this significance, it comes as no surprise that they form a major part in the history of the major religions of the world.

In Judaism, mountains are historically significant. It is worthy of note that in the mountainous Caucasus region close to the Caspian Sea, an ancient community of mountain Jews used to live in large numbers until the dissolution of the Soviet Union.

The village of Gyrmyzy Gasaba, “Red Town” (known locally as the Jerusalem of the Caucasus) is believed to be one of the last remaining Jewish settlements that existed prior to the state of Israel, and the only all-Jewish town outside of Israel.

According to the Old Testament, the Prophet Moses asabbreviation for "Peace be upon him" was given the 10 Commandments by God on Mount Sinai. Once he descended the Mount, he came back to his people worshipping a golden calf. Upon seeing them rebel, he famously broke the stone tablets in his hand. This story is also mentioned in the Qur’an with some change in narrative.

The Temple Mount (also known as Mount Zion) is arguably the most holy site in the Jewish cosmos, being the site of the 1st and 2nd Temples. This was where David asabbreviation for "Peace be upon him" planned to build a house for the worship of God, and his son Solomon asabbreviation for "Peace be upon him" went on to build it. For 400 years, the First Temple stood as a focus of ancient Israelite worship and pilgrimage, before its eventual destruction at the hands of the Babylonians. The Second Temple was built under King Herod, and was his masterpiece as part of the remodelling of the city. It was destroyed by the Roman Siege of Jerusalem after the Jewish rebellions in Jerusalem.

Looking at its Jewish past, it is clear to see the significance of the Temple Mount to all Jews, which plays a large part in it being one of the most contested territories in the world. This is fuelled by the fact that most Jews see it as the possible site of the future construction of the 3rd Temple, and that it houses three important holy sites; the Al-Aqsa Mosque, the Church of the Holy Sepulchre, and the Western Wall.

In the Bible, mountains do hold significance as the sites of major events. In fact, the same story about mountains singing praises to David asabbreviation for "Peace be upon him" has been mentioned in the Bible , as well as the fate of Sodom and Gomorrah .

Most of the mountains mentioned in the Bible are in the vicinity of Jerusalem, the most important Christian holy city. The Bible uses mountains as a simile to convey its significance:

“As the mountains surround Jerusalem, So the LORD surrounds His people From this time forth and forever”

It is also the mountain where he delivered the Sermon on the Mount which holds great significance in Christianity. It was in this sermon on the Mount of Olives that Jesus asabbreviation for "Peace be upon him" taught his disciples many principles that went on to become the tenets of Christianity, such as “Judge not, that ye be not judged”, “seek, and ye shall find” and the Lord’s prayer – which is the most venerated Christian prayer.

Dorothy Lee in her book dedicated to this occurrence explains:

“The transfiguration on the mountain is the meeting-place between human beings and God, between the temporal and the eternal, between past, present and future, between everyday human life – with all its hopes and fears – and the mystery of God.”

I believe it is quite significant that the location for a meeting with God in Christian scripture is on a mountain, which further substantiates their hallowed status.

Astonishingly, there is an incredibly clear prophecy in the Bible regarding the advent of the Prophet Muhammad saabbreviation for "Peace be upon him":

“He said, “The LORD came from Sinai and dawned from Seir upon us; he shone forth from Mount Paran; he came from the ten thousands of holy ones, with flaming fire at his right hand.”

In this verse, all three Abrahamic religions have been alluded to through mountains. Mount Sinai is where Moses asabbreviation for "Peace be upon him" received the 10 Commandments and Mount Seir is located in Palestine – the Holy Land revered by Christians as the site where Jesus performed his miracles and lived his life.

The most significant is Mount Paran, located in the hills outside Mecca. The Bible prophecises that an individual will rise with 10,000 saints from this mountain. During the Conquest of Mecca, the Holy Prophet saabbreviation for "Peace be upon him"marched forth from Medina with 10,000 companions. The army came by Mount Paran and conquered Mecca without bloodshed. This was a very clear fulfilment of the Biblical prophecy.

In Islam, mountains hold a very significant role. The Holy Prophet saabbreviation for "Peace be upon him" frequently visited the Cave of Hira to meditate. The Cave of Thaur offered him refuge from when people came to look for him.

In The Battle of Uhud, the Holy Prophet Muhammad saabbreviation for "Peace be upon him" stationed archers atop Mount Uhud as scouts. Once they left their post however, the enemy attacked, endangering the divine leadership of Islam. Today, Mount Uhud continues to serve a reminder to the whole Muslim Ummah against disobedience.

“So when Our command came, We turned that town upside down and We rained upon it stones of clay, layer upon layer,”

This verse suggests that the People of Lot asabbreviation for "Peace be upon him" were destroyed by a violent earthquake, as is often happens that rocks fly into the air and fall back down. The language “Layer upon layer” suggests that there were frequent aftershocks, and the barrage of rocks upon the town did not cease.

This Quranic account bears striking resemblance to the famous destruction of Pompeii when Mount Vesuvius erupted in 79AD. Eyewitness accounts testify that a huge cloud of smoke rose from the mountain, blocking off the sun and ejecting molten rock into the sky, thus obliterating Pompeii.

It is possible that the cities of Sodom and Gomorrah suffered the same fate. The wording of the verse, “Layer by layer” suggests that the barrage of molten rocks did not stop.

One can imagine the inescapable terror inflicted by God to the disobedient people. Mountains played the principle role in this punishment.

Ultimately, if you’ve come this far it is clear that, although mountains in all their awe and glory continue to fascinate man, their being sends a clear message. Our blessed Huzoor recites the following verse every Friday:

“And [do they not look] at the mountains and how they are fixed?”

This verse shows us how believers should be. Firm in their faith. Standing strong in the face of violent commotion. 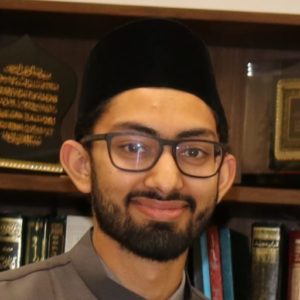 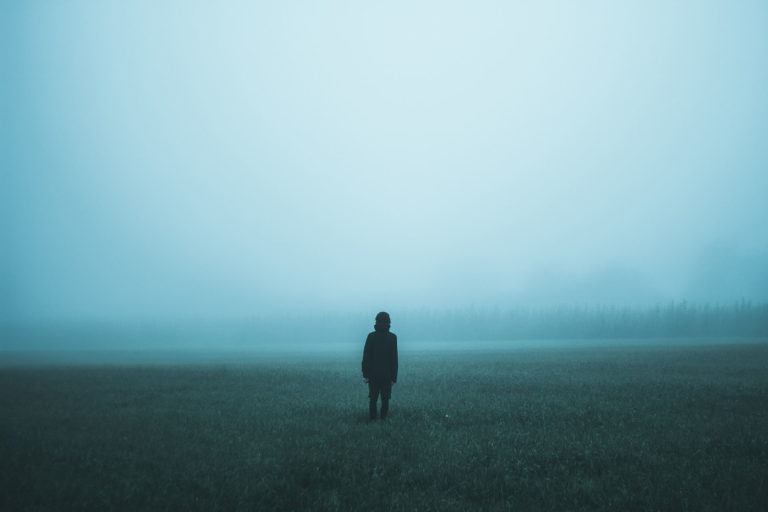 The Search for God

Is there a God? To some people, the affirmative answer is the only one there can be, while to others belief is no more than 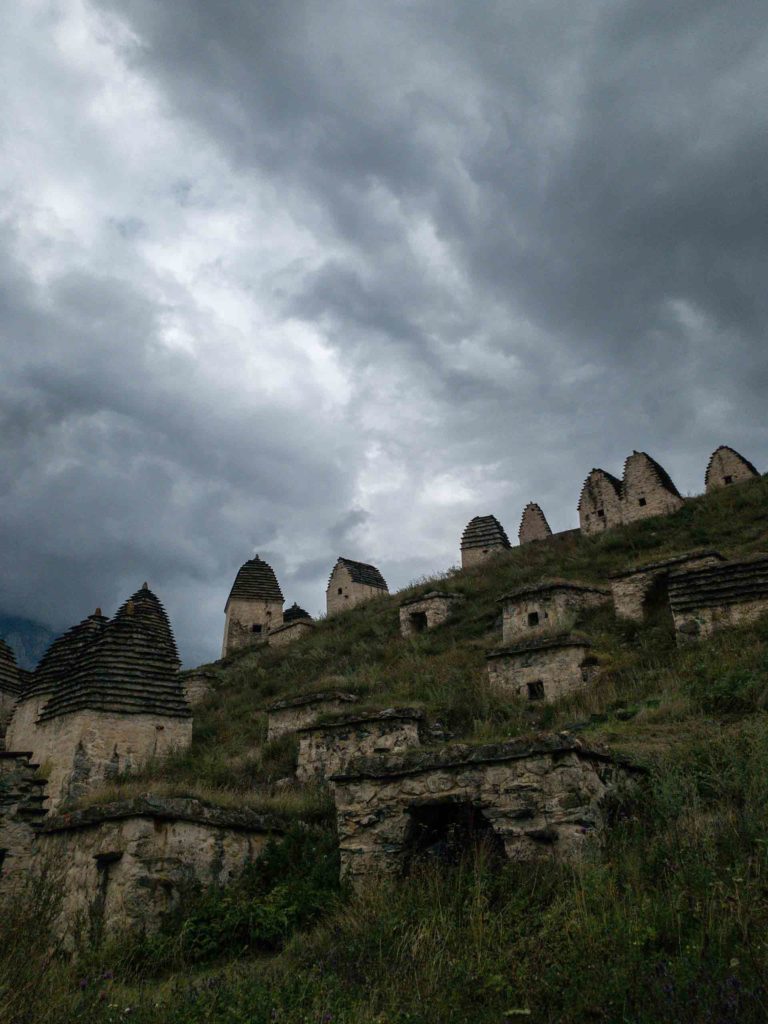 The Prophecy of the Plague

“A Warner came to the world but the world did not accept him. But God will accept him and manifest his truth through powerful assaults” 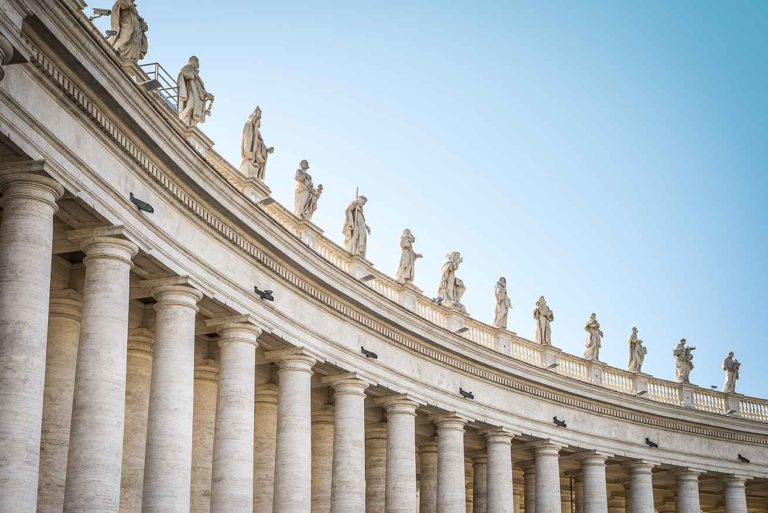 “Pleasure in the job puts perfection in the work.” Aristotle Stagiritis It is hard not to mention Aristotle when we talk about Greek philosophy. He