Inventions of the Islamic Golden Age

Islamic inventors have changed and moulded the modern-day world as you wouldn’t know it.

From carpets, cameras and coffees to degree-giving universities and hospitals, Islamic inventors have changed and moulded the modern-day world as you wouldn’t know it. An endless amount of items you come face to face with on an everyday basis have in fact been contributed by such Islamic scholars and inventors. Jabir ibn Hayyan, Al-Jazari, Al-Zahrawi, Abbas ibn Firnas are but a few names behind the influential inventions that have shaped the world we live in today. With the inauguration of the House of Wisdom in Baghdad, such major advances in science and technology took place the likes of which hadn’t been since the times of the ancient Greeks.

With the vast Islamic Empire covering an area larger in expanse than that of the Roman Empire at its height, and the young enigmatic prince Al-Mamun at the head of the capital of science, an immense amount of focus and resources was directed towards scientific and technological advances the effects of which would not only be seen in the world of science but also have a direct impact on sectors such as the humanities. This article will focus on five of the most influential inventions that the Golden Age of Islam produced.

Algebra, the main component of any technological or engineering feat, unbeknownst to many, is in fact a contribution of the Islam’s Golden Age. The word itself derives from the book “Kitab al-Jabr Wa I-Mugabala” written by the famous Persian mathematician and scientist Muhammad ibn Musa Al-Khawarizmi. It only came to be known in the western world after a British Arabist by the name of Robert translated the writings of Al-Khawarizmi in the 12th century.

“The Compendious Book on Calculation By Completion and Balancing” the English title of the book, sets out the basics of algebraic equations.

After his book was translated into Latin he became known as Algoritmi, from which the word algorithm also derives. His rationale behind developing the system of algebra was to make calculations decreed by Islamic such as Zakat calculation and inheritance division easier to calculate in a world where calculators and computers were non-existent.

This form of maths was much broader in scope than previous forms of maths and he came up with rules which helped the concept to continually develop. For example a problem in the world of geometry might be “how much water is in the container?” Whereas an algebraic problem would be “There is 500ml water in a 1l container, how much space is used?”, showing the broader scope which Al-Khawarizmi introduced to mathematics. This form of maths helps engineers to build skyscrapers and mile long bridges. Al-Khawarizmi died in 850AD and with that he left a legacy similar to that of Pythagoras and Euclid.

There is an eclectic spectrum of professions prevalent across the modern world from archaeologists and researchers to your doctors and engineers.

These people are hired by the public and private sectors and require you to be trained in the respective field. They require one major thing of you, a university degree.

Without going to university and attaining a degree you cannot go into such fields. Most university students and alumni are not aware that degree granting universities were actually an invention of the Muslim world and not only that but the first university to be formally established was by a Muslim woman by the name of Fatima Al-Firhi. Even before the first university, mosques were being used as places for education where Quran, Fiqah (Jurisprudence) and Hadith were taught.

However as the need became greater, established institutions began to develop in various cities across the Empire. Where institutions such as Oxford and Cambridge are known as extremely old institutions originating from the early 13th century, there are still some surviving universities from the Muslim Empire such as Al-Azhar University in Cairo which dates back to 970AD and Al-Qarawiyin in Fez, Morocco which was founded in 841AD and is known as the oldest degree-granting university in the world. Fatima Al-Fihri was the founder of this ancient institution and endowed it after inheriting a vast fortune from her father. Students were able to reside on the campus and had to pay no ‘tuition’ fees and instead received food and accommodation allowances from the endowment. As the demand for places in the university grew a selection process was established which tested candidates on knowledge of Arabic, the Quran and general science.

The studies themselves included law, astronomy and medicine in addition to religious studies. The institution wasn’t restricted to Muslims in regards to both scholars and students with the most famous scholar of this institution being Maimonides. Perhaps one of the major aspect of this institution which attracted non-Muslims was the wide range of subjects being taught and no doubt served as a great opportunity for Muslims to unite with non-Muslims.

Fatima Al-Firhi may have passed away in 880AD but the institution is still running and paved for similar institutions which are now dotted across the globe.

About 1200 years ago a medical centre was founded in 872AD by the name of Ahmad ibn Tulun Hospital in Cairo and this is commonly known as the beginning of hospitals as we know them with wards and teaching centers. Whilst there may have been smaller medical centres prior to this in Baghdad this was the first fully functional hospital and it became a template for hospitals in the modern world. Another concept which came about with the establishment of the Ahmad ibn Tulun Hospital was that of free healthcare for all patients – a Muslim tradition said to be institutionalised with the advent of this hospital. Hospitals such as this would usually serve several purposes such as a centre of medical treatment, wards for those recovering from an illness and even a retirement home.

Nowadays hospitals are taken for granted and people hope to never go there and if they are unfortunate enough to have to visit a hospital then they tremendously count on them. It is hard to imagine a world without hospitals, a world which instead relied on prayers, sacrifices and minor forms of traditional healing as treatment for their ailments. After this first fully functional hospital many more centres opened across the Muslim Empire and they became known as a “Bimaristan” or “Maristan” deriving from the Persian word for ‘ill’ and ‘place’. So where did this idea of a ‘hospital’ come from? Well it is said that it was as a result of physicians, both Muslim and non-Muslim, to advance medical knowledge and apply it in a more practical and physical way. A place where they could do this would not only help those suffering from illnesses but also advance the field of medicine. Whilst these hospitals may not have been at the standard you would expect nowadays, at the time they were practising what was for them up and coming medical practises and such actions set forth the template to open similar institutions throughout the world.

Whilst the camera may not have directly been an invention of the Muslim Golden Age, the optics behind the camera were all developed by Muslim scientist who went by the name of Ibn Al-Haytham.

This was the man who the likes of Instagram and Snapchat have to thank for. Without his research in the field of optics the modern day camera would have been impossible to develop. Ibn Al-Haytham is seen as one of the greatest scientists of all time, spending most of his working life in the imperial city of Cairo.

His research in optics only came about after he was put under house arrest by the Fatimid ruler Al-Hakim. Taking advantage of this unjust decision he put his research to work and sought to see how light works. The main focus of his research was to see how the pinhole camera worked. He is seen as the first scientist to discover that small hole is made into the side of a lightproof box, rays of light from the outside are projected through that pinhole into the box and onto the back wall of it. He discovered that the smaller the pinhole (aperture) got, the sharper the quality of the image which gives the ability to produce very sharp and clear images.

His research was compiled in the famous book Kitab Al-Manazir, the Book of Optics. His work also talks about naturally occurring pinhole cameras such as when light travels through the crossing of tree leaves. He also put forward the first description of the construction of a dark chamber.

The discovery of Al-Haytham lead to the invention of the modern day camera and without his research into how light works the mechanisms behind a camera would not exist.

1.6 billion cups of coffee are consumed on a daily basis. It is a staple which is a key part of the daily routine of many. It is an industry which is worth $100 billion. Yet the origins of the staple drink are not known to many.

The origins of this drink in fact trace back to the early Islamic Golden Age. The story is that an Arab by the name of Khalid noticed one day whilst tending to his goats that they became livelier after eating a certain berry. He boiled the berry’s and this produced the first coffee. From the highlands of Ethiopia and Yemen this berry produced a drink which first began to be used by Sufi’s who would use it to stay awake all night in order to pray.

As time went on the tradition of roasting beans and putting them in hot water to produce a sour drink which could double as a energy boost developed and became known as coffee. The Arabic ‘qahwa’ became the Turkish “kahve” and then the Italian “Caffe” and then English “coffee”.

After the drink began to be consumed popularly, specialized coffeehouses began to open around the cities of the Muslim Empire such as Damascus, Cairo and Baghdad.

The drink only came to be known in the western world after an Ottoman merchant brought the drink to London in the 17th Century. From there on coffee spread to Venice, Italy in 1645 and Germany in 1683 after the retreat of the Turks from Austria.

In fact coffee became so influential that it became such a big cause of concern that attempts to ban coffee were made with threats of the death penalty under the reign of Murad IV (1623-40).

When the drink first made its way to Europe it was met with suspicion as it was seen as a “Muslim” drink. But it is reported that in 1600, Pope Clement VIII enjoyed a cup of coffee so much that he decreed it wrong to permit Muslims to monopolise it and declared that it should therefore be baptized.

These five inventions of the Muslim Golden Age are but a handful compared to the hundreds that have been contributed by Islamic scholars and inventors. Unbeknown to many but most of the everyday items we use are inventions of such scholars and inventors and whilst the days of Baghdad being the capital of the scientific world may be long gone, their legacy still lives on.

It is worth noting that the use of the term ‘Islamic/Muslim Golden Age’ in this article refers to the golden age of Arabic science; in other words a worldly and materialistic golden age rather than a spiritual one. 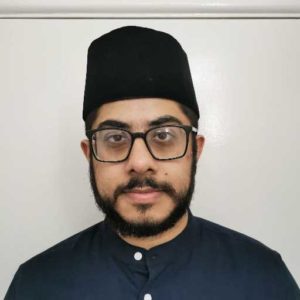 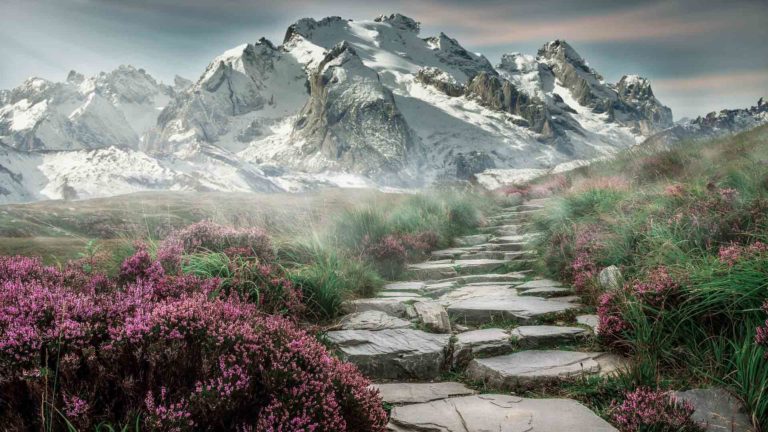 Mountains in the Perspective of World Religions

Since time immemorial, mountains have fascinated human kind in all parts of the globe. World religions have mentioned mountains in their scriptures. 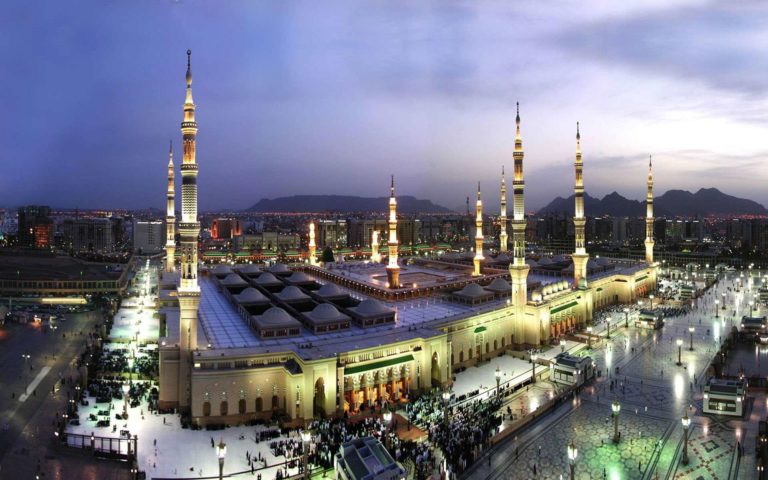 Muhammad: the Liberator of Women

At the dawn of the 7th century in Arabia, a lone voice of light emerged from an era of utter darkness. That voice taught absolute 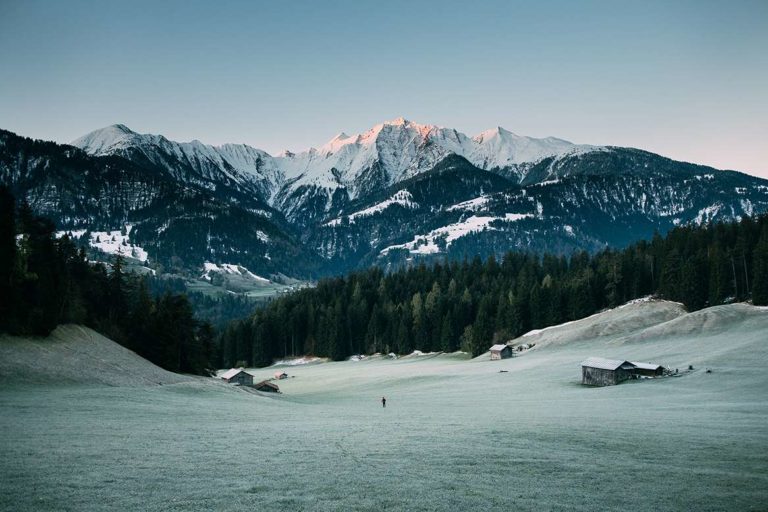 The Power of Will

We come across many difficult tasks within our lives, but can will-power be a main driving force which leads one to reach ultimate success?